How a Historic Renovation Rekindled a Community 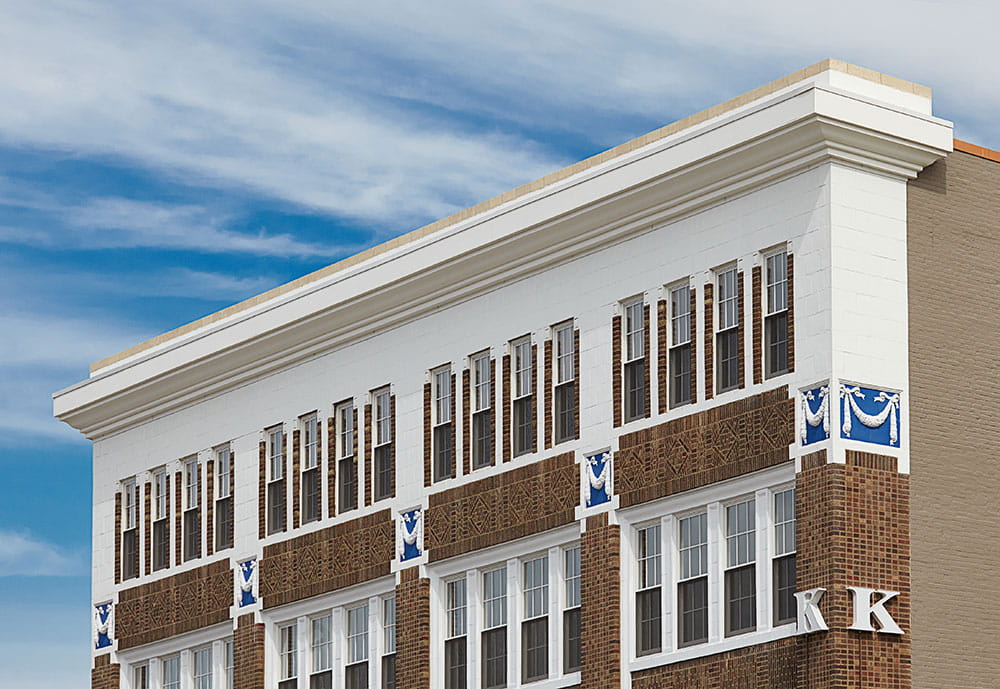 In 1916, many notable achievements were overshadowed by turmoil of World War I. That year, Einstein published his Theory of Relativity, the National Park Service was created and Jeannette Rankin became the first woman elected to the United States House of Representatives. It was a good year, too, for the Overland Automobile Company. Their race car had recently finished in the top ten at the American Grand Prix and they were about to open one of their finest dealer/ distributorships in the heart of downtown Waterloo, Iowa.

Designed by local architect Clinton P. Shockley and built for the Corn Belt Auto Company, the decorative four-story building with its brick and terra cotta pilasters, could accommodate all of Overland customers’ needs. In addition to the main showroom, the first floor housed the sales offices and service garage. The second level was used as a showroom for used cars, as well as a clubroom and lounge, a battery-charging room, a workroom, stockroom, shop and employees' room. Automobiles on their way to dealers and customers were stored on the third and fourth floors. 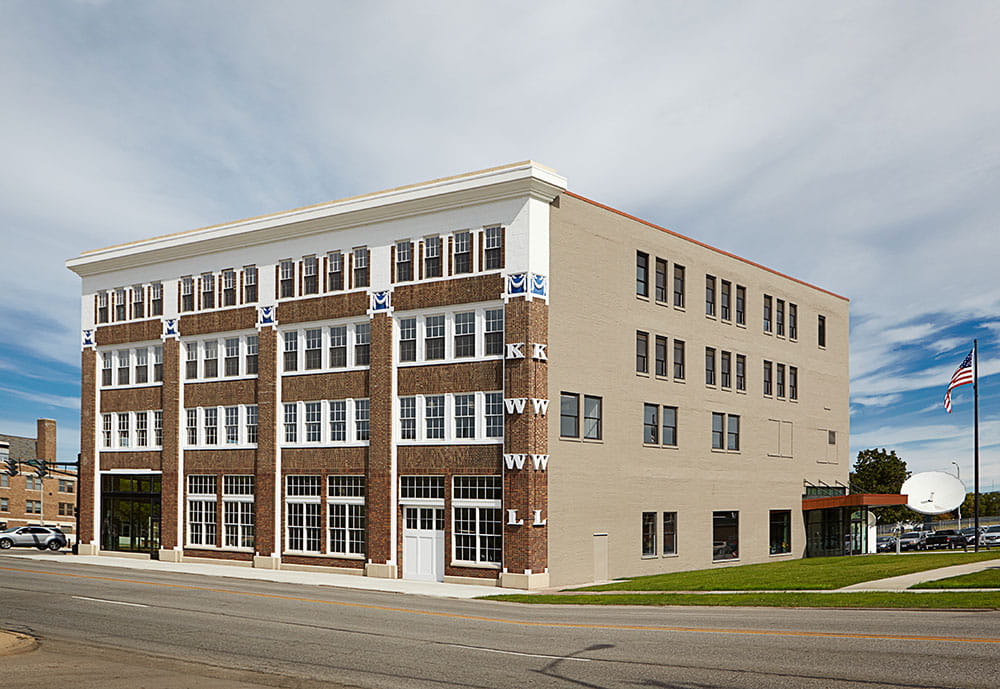 To support the weight of so many vehicles, the building required 14-inch concrete floors. But the floors were not its most outstanding feature. That honor belonged to the windows—well over a hundred of them— strategically placed in ribbons all along the facades facing Franklin and Fourth Streets, to let passersby get a good look at the shiny new Overlands, and also to flood the rooms with natural light.

After Overland automobiles went out of production in 1926, the Corn Belt Auto Company relocated. In the years that followed, the building was remodeled many times to suit a variety of auto-related businesses and other tenants. Then, in 1965, the Overland Waterloo Company Building became home to local television station, KWWL, which brought with it drastic changes. This was a time when control of light, temperature and sound was preferred over natural environments. The street-level windows disappeared, replaced by aggregate panels, and the building took on a more modern look of the times.

To see a few historic images of this building, view here. 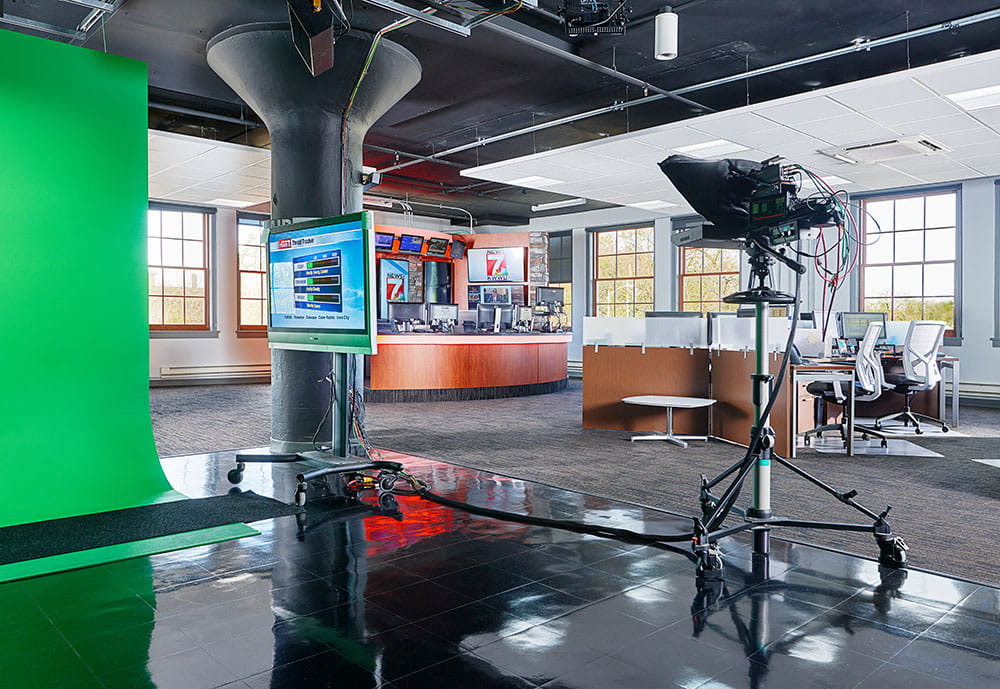 Fast forward about 50 years. KWWL recognizes that it needs to accommodate the demands of new technology. Though initially they only intended on updating the mezzanine level, KWWL soon discovered the treasure they held. Behind the plaster, above the dropped ceilings, below the layers of flooring, a historic gem came into view. With the help of JSA Development, a strong proponent of revitalizing downtown Waterloo, a coalition formed to promote the building’s restoration. Members included the city of Waterloo, the Iowa Economic Development Authority and the National Parks Service, which came into being the same year as the building itself.

In September of 2014, the Overland Waterloo Company Building was added to the National Register of Historic Places. Along with that designation, KWWL was able to secure millions of dollars in historic tax credits to offset the cost of the restoration. Of course, with that appropriation came the obligation to recreate the details and dignity of the building as it stood one hundred years ago. Fortunately, they found documentation to help them do just that. The building’s 55,000 square feet of space was more than the TV station needed and some rooms had been left virtually undisturbed. In there, they found evidence of the building’s history, including some of the original windows which had been replaced during the early remodeling. Armed with this information, Andersen® E-Series windows became an obvious choice. 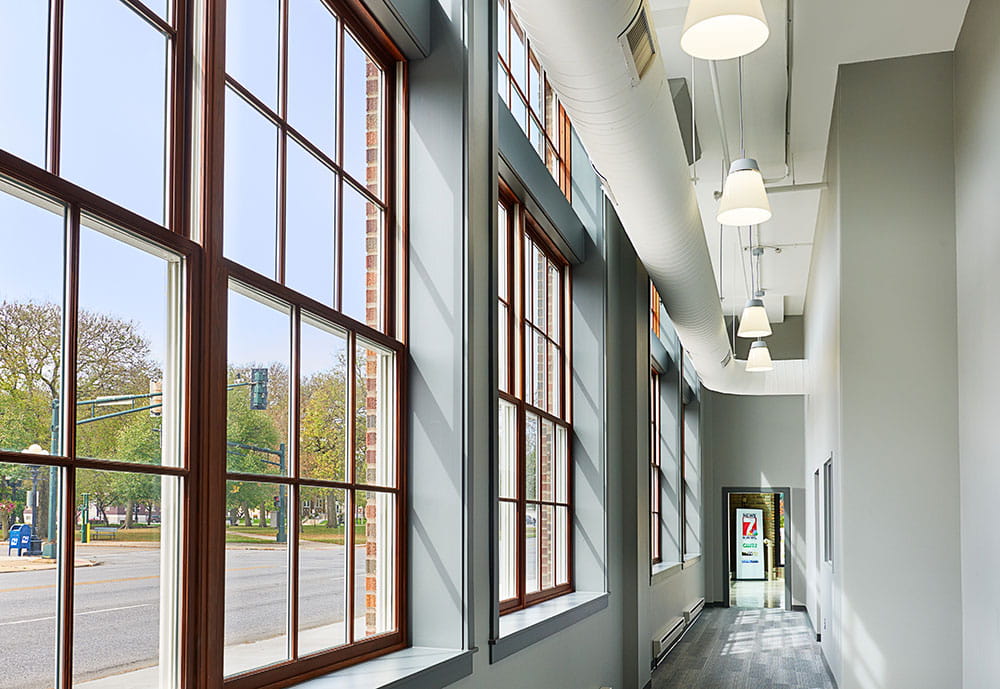 The criteria were demanding, but because E-Series windows are completely customizable, Andersen was able to deliver three different color combinations, replicate the original grilles and even provide mulling that allowed the architects to meet the specifications of the historical review boards. In fact, when standard Low-E glass was rejected for being out of character, Andersen was able to substitute PassiveSun™ glass to provide the optimum combination of clarity and energy-efficiency. Andersen was also able to create a custom front entryway to match the “storefront” windows from another manufacturer.

The effect of the Overland Waterloo Company Building’s rehab has not only benefitted KWWL, it has revitalized downtown Waterloo’s west side into its own historic district. A neighborhood that seemed destined for desertion and decay just a few years ago is once again attracting new businesses, new visitors and new life. As David Deeds of JSA Development explained, “The psychological impact connects people to the history of their city.” Then he added, “There’s nothing more environmentally friendly than not sending an existing building to a landfill.”