The influence of Black Music on America's history through centuries and decades is monumental, especially in the transformative decade of the 1960s. During Black Music Month, Andersen Corporation presents “Soul of the Sixties: A celebration of Black Music with Grammy award-winning Sounds of Blackness," a live musical event at 7 p.m. and 9 p.m. on Thursday, June 30, 2022, at The Dakota Jazz Club in Minneapolis, Minn. Soul of the Sixties is an authentic reenactment and tribute to the greatest soul performers of the sixties: Aretha Franklin, Marvin Gaye, The Four Tops, Gladys Knight & the Pips, Sly and the Family Stone, and many more. Sounds of Blackness performs in full costume with original choreography and their ten-piece band. The Dakota is the stage for this second annual Black Music Month event.

Executive produced by award-winning Rae Mackenzie Group, an industry-leading diversity, equity and inclusion marketing firm, the event is sponsored by Andersen Corporation, manufacturer of America's most loved brand of windows and doors*.

Since January of 1971, Sounds of Blackness has flourished under the direction of Gary Hines. The group proclaims the music, culture and history of African Americans to audiences all over the world including the World Cup, Super Bowl, Ryder Cup, NFL, NBA and Grammy Awards. The award-winning vocal and instrumental ensemble’s music spans genres including jazz, blues, rock & roll, R&B, gospel, spirituals, reggae and soul, to share uplifting messages of hope, unity, love and peace for all humankind.

Gary D. Hines, is the Music Director and Producer of this special show.

“Music is the window to our souls. Black Music Month is a special time to celebrate the music and musicians that shaped the past and continue to inspire today,” said Jay Lund, chairman and chief executive officer of Andersen Corporation. "We can’t wait to share the award-winning music of Sounds of Blackness with our friends and community – it is sure to be an event not to be missed.”

“Celebrating Black Music month is a tradition at Andersen that I now look forward to every year,” said Tracey Gibson, vice president and chief diversity officer at Andersen Corporation. “When we thought about who could best take us on a journey through the rich history of Black Music of the sixties, we couldn’t think of anyone more apt to do this than Sounds of Blackness, who have been ambassadors of Black Music across the nation and around our world for decades.”

A Minnesota-based company for nearly 120 years, Andersen has been named a Best Large Employer by Forbes for the past three consecutive years, Best Employer for Diversity by Forbes for the past two consecutive years and ‘Best Place to Work for LGBTQ+ Equality’ by the Human Rights Campaign Foundation. Andersen continually works to build a culture of inclusion, creating a respectful workplace for all employees and removing systemic barriers to success.

Sharon Smith-Akinsanya, CEO of the Rae Mackenzie Group said, “It really means something when a company like Andersen demonstrates their commitment to Black Music and Black culture in this way. We are proud to come together in community to celebrate.”

As a diversity, equity and inclusion (DEI) marketing expert on the national stage, Smith-Akinsanya has long held Andersen Corporation as an example of what a corporation can accomplish when it prioritizes inclusion in every aspect of the company.

"The Soul of the Sixties: A Celebration of Black Music" premieres at 7:00 pm and 9:00 pm on Thursday, June 30, at the Dakota in Minneapolis, Minn. 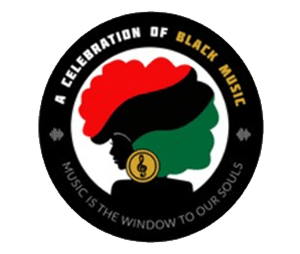